Project Aim: to minimise the financial and safety risks associated with the potentially catastrophic slope failures by early detection and analysis of the microseismic warning emitted by the failing rock.

The Mt Keith operation comprises an open pit nickel mine with a planned depth of approximately 600 m. The pit bottom was about 355 m, with mining to the north of the array taking the pit bottom in that area from 155 m to 320 m during the monitoring period. The seismic array comprised six uniaxial accelerometers and six uniaxial geophones. Due to the higher frequency range, the accelerometers provided better source parameter estimates. The geophones, however, were more sensitive to the events outside of the array. The seismic system was damaged in April 2007, resulting in the loss of the six geophones. With the loss of the geophones, the sensitivity of the system to events outside the array was greatly reduced.

The project showed that MS monitoring can provide valuable insights into the brittle fracture process in rock slopes, from the stages of initial tensile fracture growth to shear on shear zones. It may also provide data for the calibration of numerical models and the further development of material models to capture the true brittle fracture and damage accumulation process that governs the behaviour of large rock slopes.

The seismicity at Mount Keith is limited to the first stages of brittle fracturing, attributed to pre-peak brittle fracture growth due to a generally extensional fracture process resulting from the stress change and dilative strain environment. 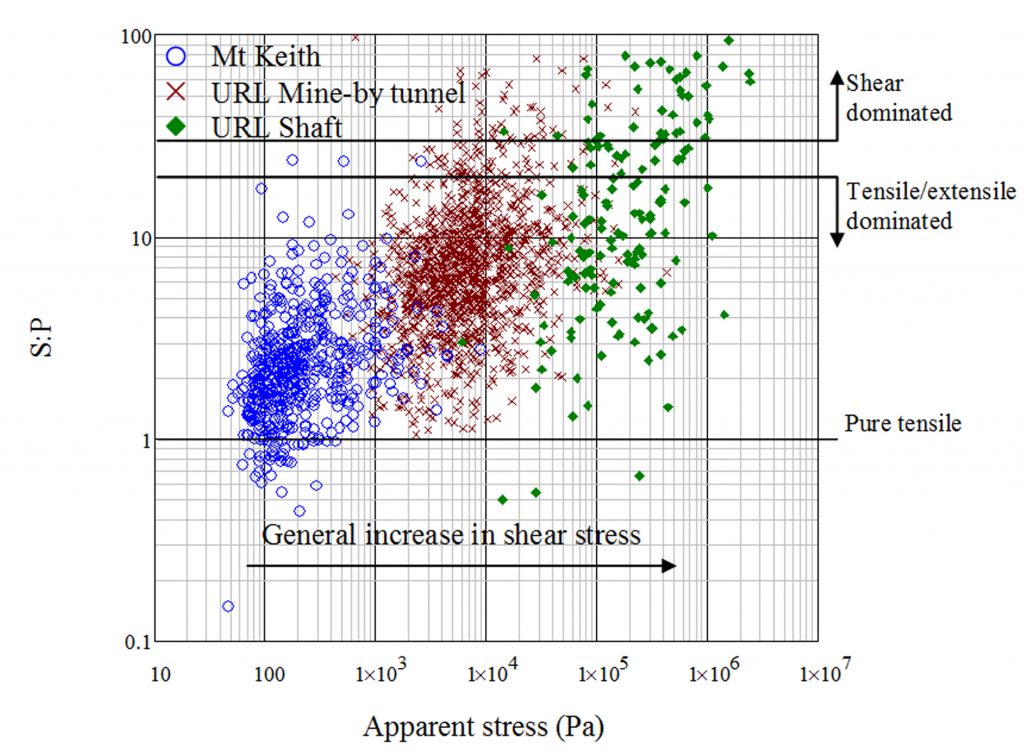 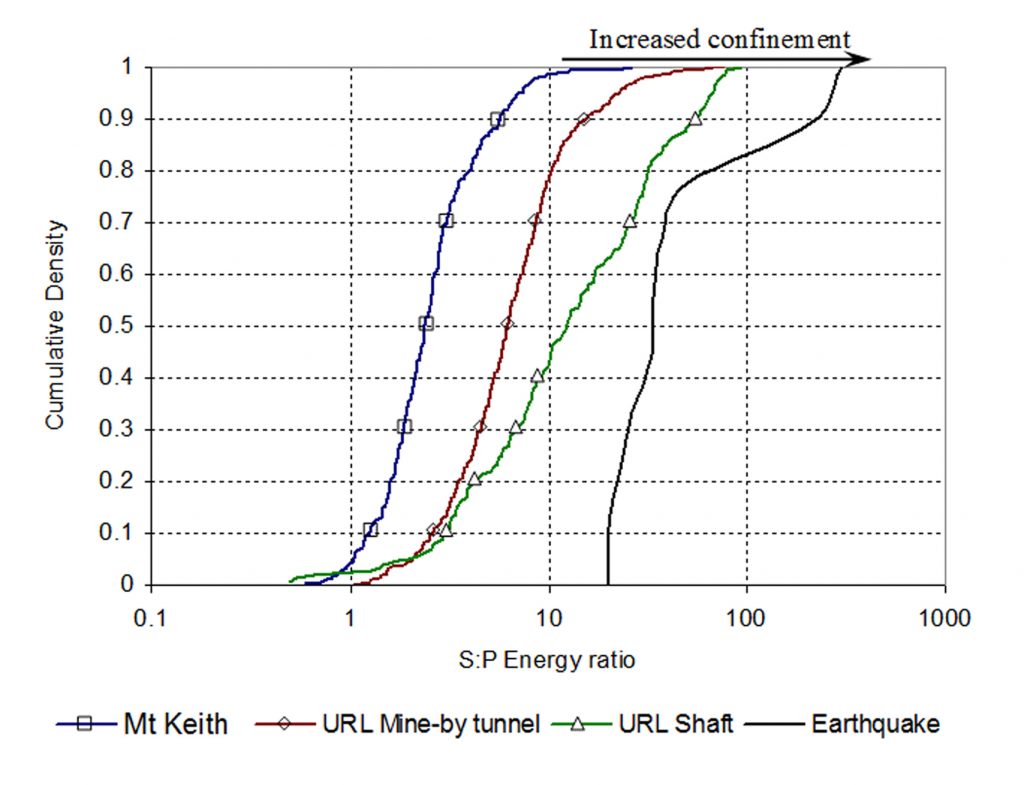 There is a strong indication that mine seismicity in open pit environments is generally caused by non-shear mechanism. This seismic mechanism is poorly understood and needs further investigation as it has important implications with respect to the modelling of rock failure, rock mass behaviour and the design of long-term large rock slopes. Source models assuming double couple shear, often used in mine seismology, may not be applicable to all the microseismic events recorded in the open pit environment.

The biaxial loading state occurring closer to the slope face is conducive to the generation of larger fractures. The largest fractures are expected to occur behind the blast damage zone. Further work is required to confirm this.

Several practical difficulties still exist that prevent the technology being implemented as a routine monitoring method. These pertain to cost-effective access and useful lifespan of the system, as well as processing and interpretation of the data.

It appears that, generally, chosen sensor arrays are too sparse to provide meaningful microseismic data on the development of the failure mechanisms. Guidelines for the conceptual design of seismic systems for open pit hard rock applications are provided in the MERIWA project report M366.

Design chart for preliminary design of a seismic system 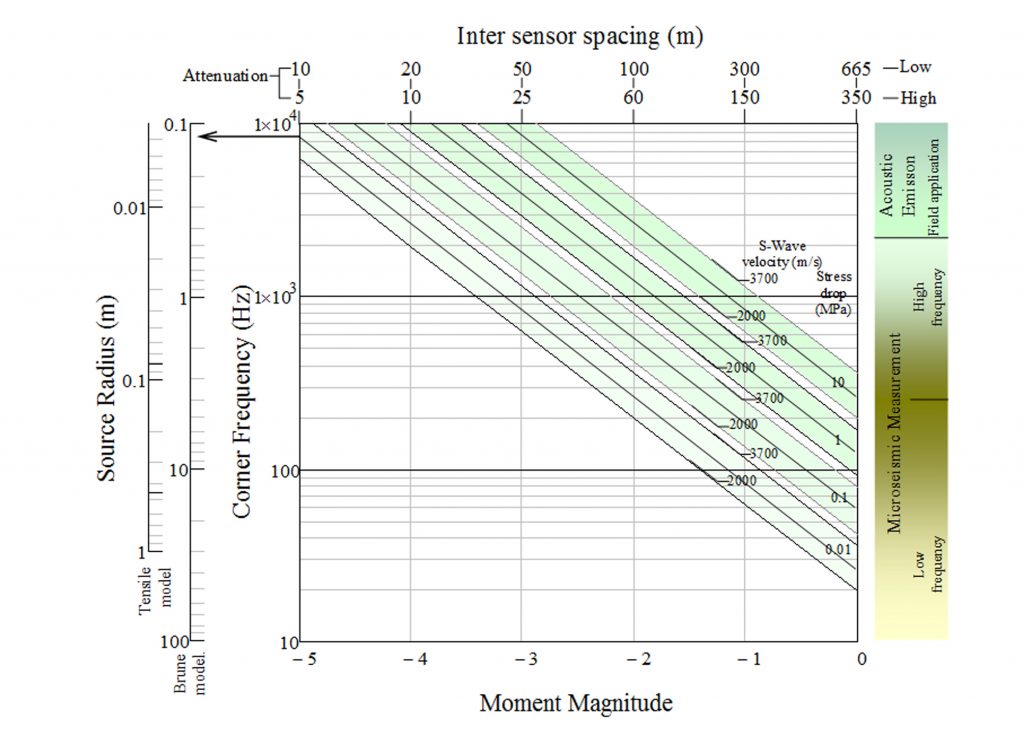 For more information refer to:

The significant contributions made by the project sponsors BHP Billiton Nickel West, Xstrata Zinc and The Minerals and Energy Research Institute of WA (MERIWA), both towards project justification and funding, and the efforts of the site personnel are greatly appreciated.