To improve the industry’s understanding of cave propagation. It involves testing of physical models of caving using a geotechnical centrifuge in order to visually observe cave propagation, something which is not achievable in caving mines. The results of the testing are used to calibrate numerical models, as well as to learn about caving mechanisms and the link between caving and seismicity.

This phase of the project’s focus is on using centrifuge testing to investigate caving mechanics. A testing programme was carried out at the University of Pretoria Geotechnical Centrifuge Laboratory (shown below). The model material used was a weakly cemented cement and fly ash material, with a series of healed joints cut into it. The sample dimensions (500 × 450 × 50 mm) and test setup were designed to be approximately two-dimensional to allow visual observation of caving behaviour. The sample was placed in a custom made aluminium frame, with two thick panes of glass in front of the sample. The undercutting and material draw was simulated using a series of five pistons beneath the sample which were controlled remotely by solenoid valves. Vertical stress was applied primarily through the self-weight of the sample, along with some small weights placed on top of the sample. The weight was multiplied by the acceleration of the centrifuge (80 g). Horizontal stress was applied to the samples via bladders on the side of the sample, which was also multiplied by the centrifuge’s acceleration.

The tests were monitored using on-board web cameras and a digital SLR. The photos taken by the SLR camera allow the particle image velocimetry (PIV) technique to be applied and the displacements within the sample quantified. The sample was also instrumented with acoustic emission sensors to record acoustic emission events as the sample caved. While the results served as a proof of concept, the data was not sufficient for in-depth analysis. This was attributed largely to the quality of the sensors and sensitivity of the system.

The results of the physical modelling showed that the damage profile ahead of the cave was discontinuous, with the caving behaviour dominated by large fractures parallel to and ahead of the cave back. This caving mechanism, termed fracture banding, was subsequently verified through multiple sources including microseismic and open hole monitoring, numerical modelling and observations in literature. 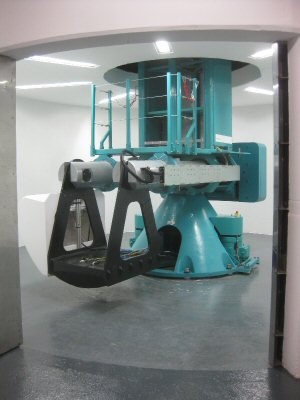 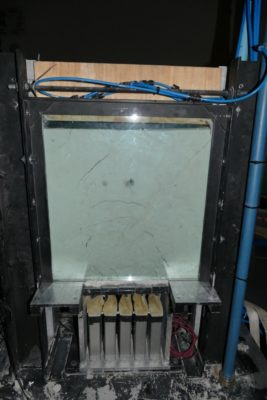 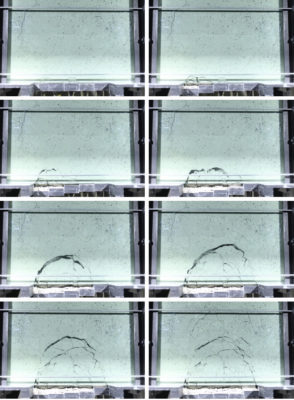 150g-ton centrifuge at the University of Pretoria Geotechnical Centrifuge Laboratory

Frame with test sample inside and pistons below 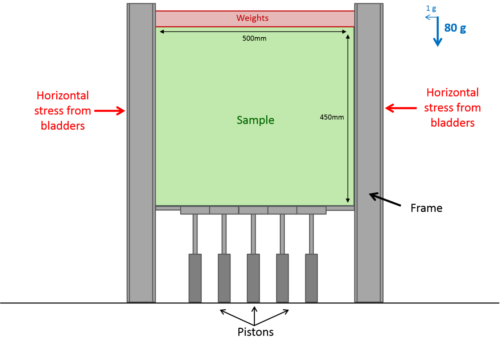 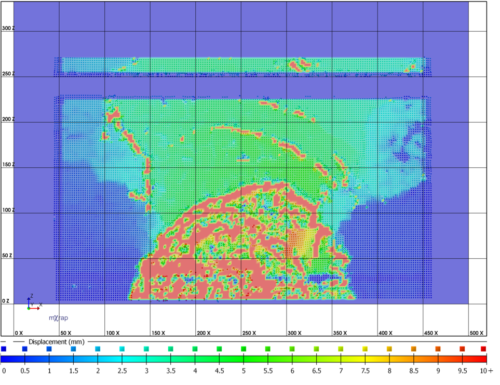 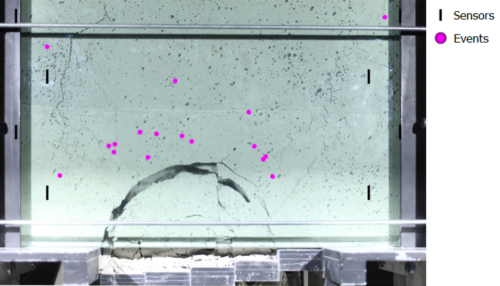 Frame with test sample inside and pistons below 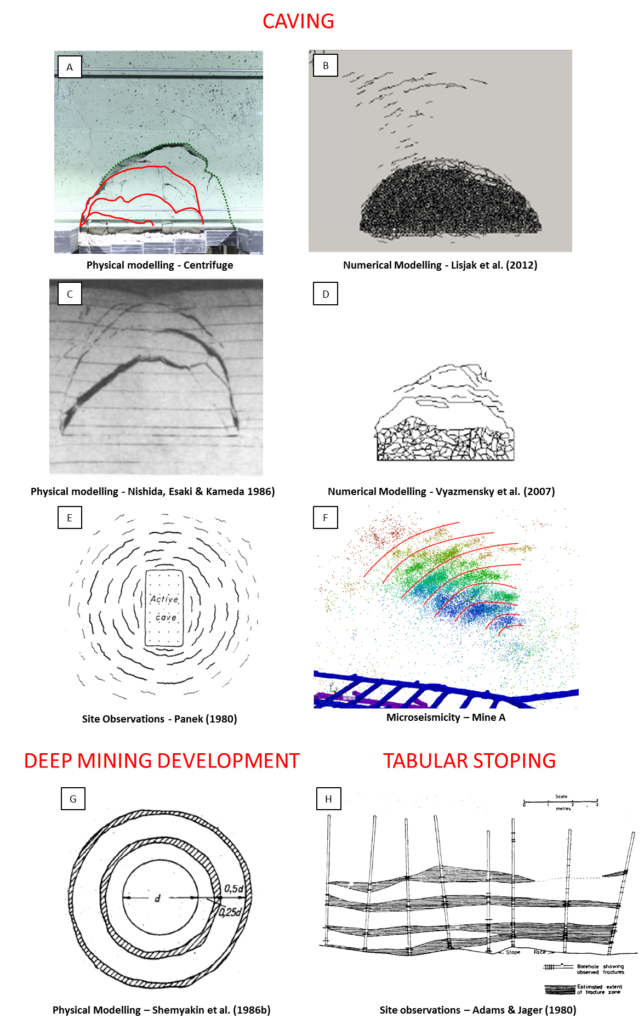 Phase 2 continues as a collaborative project between the ACG and the University of Pretoria, sponsored by Newcrest Mining Ltd. It builds on the work of the preliminary phase and has three overlapping general aims: 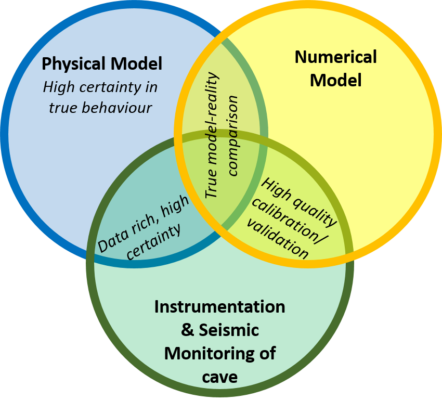 Addressing knowledge gaps through the use of physical modelling

The reliability of predictions from numerical modelling with increased access to monitoring data will be tested, as will the ability of seismic monitoring analysis techniques such as active and passive seismic tomography.

We would like to thank staff from the University of Pretoria Geotechnical Centrifuge Laboratory for their work. We would also like to thank industry partners who have supplied data for analysis and advice throughout the project.